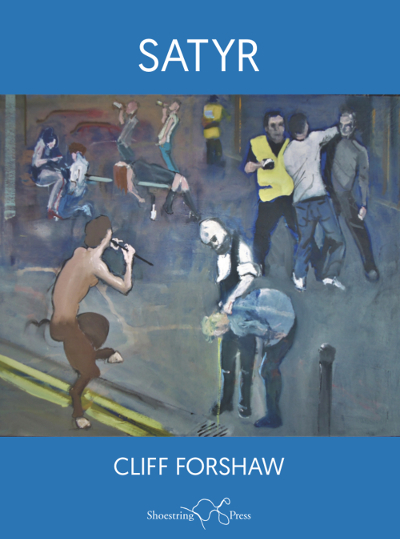 “Let Custards quake, my rage must freely runne”
W.Kinsayder (a.k.a. John Marston) The Scourge of Villainie (1598)

In the Renaissance, an etymological confusion connected satire with classical satyrs as certain writers adopted the persona of a savage malcontent.

“[Satire] is very railing, onely ordained to rebuke vice… The Satires had their names of uplandysshe Goddes, that were rude, lascivious and wanton of behaviour.” Thomas Langley (1570)

At Oxford I researched Elizabethan verse satire, and how it attempted to imitate the Juvenalian savagery of classical satire. My main focus was the persona of the Malcontent and psychopathic Barking Satyrist as exemplified by the playwright John Marston's alter ego Kinsayder. I published a chapter or two from my thesis as academic papers, but was more interested in seeing how I could use the material for my own satires, and over the years various fragments and versions have fleetingly appeared. I'm very pleased that John Lucas has agreed to bring a new version of Satyr out as a Shoestring chapbook in the spring - illustrated by my paintings and drawings.

In Satyr, Marston's Kinsayder returns to appraise the modern world. I've tried to replicate some of the oddness of Kinsayder's spiky style with its changing registers slipping from slang to bombast. Kinsayder revels in his anger, while his prurient descriptions of the sexual misdeeds of others hint at the sort of hypocrisy once familiar from the pages of the News of the World. Unlike gutter journalists, however, he seldom makes his exuses and leaves.

Satyr is a sort of companion piece to my Dantean satire Hole http://www.thecommononline.org/features/march-2016-poetry-feature

Here are  brief sections from near the beginning of Satyr. Kinsayder arrives during a seance courtesy of the renowned psychepomp Dr Quodlibet: 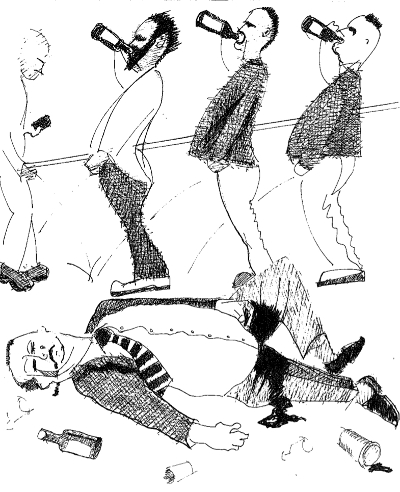 See them in their bold effrontery,
these Meteors, Gloworms, Rats of Nilus,
with their lingos, winks and elbow nudgery:

slinking through this city without a skin,
jiving greasy guns. O the blatant cockery
of these Nightshades, Chameleons, and Apparitions.

Hoodie-boyos, chaveris, adipose hussies with their open purses,
the Scally jazzing with Blunt and Redtop
till beer o’clock and time to slop

stilton tattoos along brass-top or naugahyde;
his proud shout drilling the barkeep’s dischuffed dial,
unenrapt without pourboire or promises thereof;

then on, with Latvio-Lithuo-Sengali-Ivorian cab-driver
(PhD in Astronomy, Agronomy, Homiletics or Dark Matter).
Drop him the change from one lonely deepsea diver,

then on, always on,
to badly-packed kebabs or bacon banjos.
Takeaway. Takeaway. Graze on the hoof.

Another blunt, a toot, another blow on the bugle:
hoovering the kermit for the last of the Devil’s dandruff
− confuzzled in the karzy, gone completely hatstand.

Carking it on the big white telephone to God,
in technicolour prayer. Thou art translated
to some new Beast. Behold the Bog Ostrich! 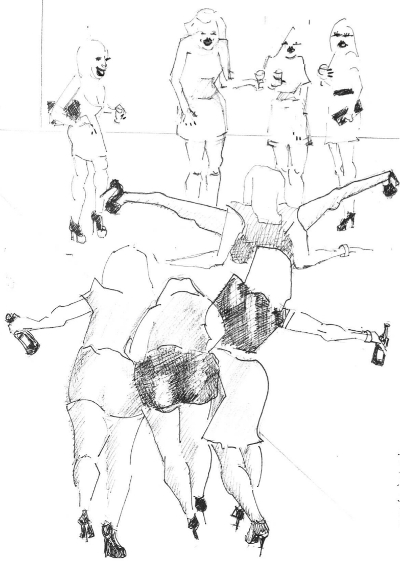 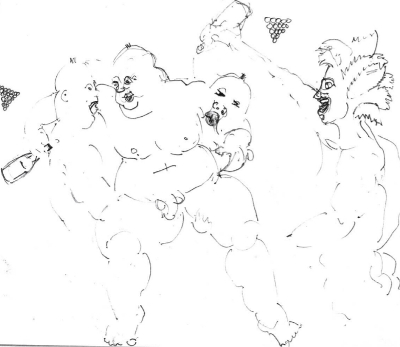 An Aside in which the Satyr Discourses upon his Ancient Art

Both incense and the human reek
Are best described in Attic Greek.
Autre temps, autre moeurs,
Those ancients knew just how to curse.

But way back then in Classic Times,
They thought it vulgar to use rhymes.
However, this barbaric Tongue
Has dealt us Spades for shovelling Dung.

With Rasp & Scratch it hardly sings,
But bang it hard and Iron rings.
As much as any metric choice,
“Iambic” meant a tone of voice:

An ancient and sarcastic focus
(Since Hipponax and Archilochus).
From IAPTO: “to assail”,
Iambicists lampooned and railed.

Between their tragedies, the Greeks
(When Oedipus seemed to last for weeks)
Liked a little vulgar farce:
Carry On Tits, a farting Arse.

We Satyrs mocked the tragic Fates:
Silenus, myself, a dozen mates.
Priapus did a magic trick
And comic stand-up with his dick.

The audience, easily amused,
Kept our goat-skins filled with booze.
No one dared to get their coat,
They knew that would get our goat.

Uz Satyrs can be really snide
– oh yes, we have our nasty side.
You see that when we’ve had a skinful
We take delight in being sinful.
Likewise Man, when he gets pissed,
becomes a snarling Satyrist. 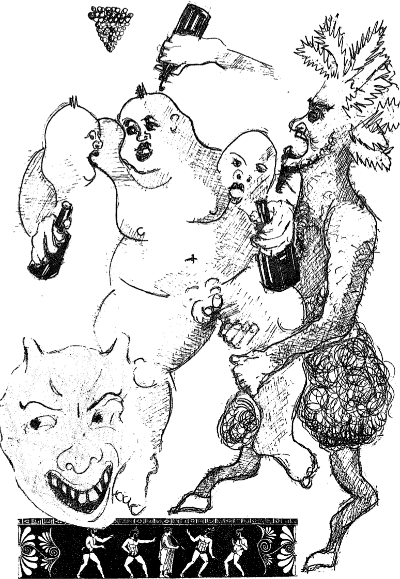