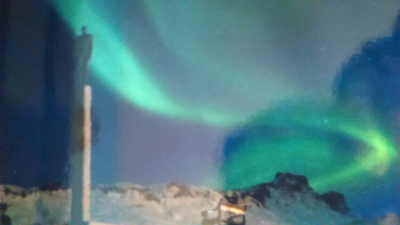 Nine of Cliff's poems form part of a collaborative work with composer Deborah Pritchard in response to the Voyage statue created by Icelandic sculptor Steinunn Thórarinsdóttir. Trumpeter Simon Debruslais will give the world premiere of Voyage for Solo Trumpet accompanied by Cliff and Deborah reciting the poems.

The performance takes place at 12.30 on 1 May 2017 at the Voyage statue, Victoria Pier, Nelson Street Hull HU1 3XE. FREE

Cliff's poems connect the Voyage statue overlooking the Humber at Victoria Pier with its sister statue in Vik, Iceland. Cliff was one of the poets originally commissioned to write a poem when the statue was erected in Hull in 2006. Cliff has now developed the original piece into a sequence which includes some of the Hull poems from Pilgrim Tongues together with new pieces about the Vik statue.

An exhibition of life-sized scupltures by Steinunn Thórarinsdóttir form Cairns, a new sculpture trail, at Hull University. The exhibition continues until 8 October 2017.

The picture shows the Vik sculpture against the Northern Lights.